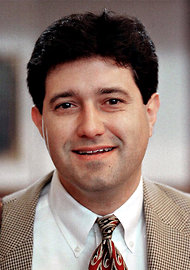 AUSTIN, Tex. — Long before lawmakers prepared to gather at the sand-colored Capitol here on Tuesday for the opening day of the legislative session, State Representative Richard Peña Raymond had already filed a little-noticed bill to drastically change not only how they conduct business, but also how often.

Texas is one of only four states whose legislatures convene in regular session every two years. Lawmakers in Texas meet in odd-numbered years only — as do legislators in Montana, Nevada and North Dakota — while those in the 46 other states hold legislative sessions yearly, according to the National Conference of State Legislatures.

Mr. Raymond’s bill would require the Texas Legislature to meet in regular session in odd-numbered years and to hold a budget session in even-numbered years. The move would mean annual meetings and budgets, an idea that has been debated for decades but has long been viewed with suspicion in a place that prizes small government, low taxes and deregulation.